Summerville Fire & Rescue is accepting applications for its fourth Citizens Fire Academy, Class 1901. The class is designed to provide members of the community with a unique opportunity to tour the Town’s fire stations and dispatch center, meet its firefighters and 911 personnel, and learn firsthand what it’s like to be a firefighter. Applications will be accepted until Monday, September 30, 2019.

Students get a chance to see what cost are involved in hiring, training, and outfitting a firefighter along with the how and why we respond to calls the way we do. View the 2019 Schedule (PDF) as an example.

It is open to those individuals that are 21 years of age and older and residents of the Town of Summerville. Classes are on Tuesday nights and last two to three hours depending on the topic. 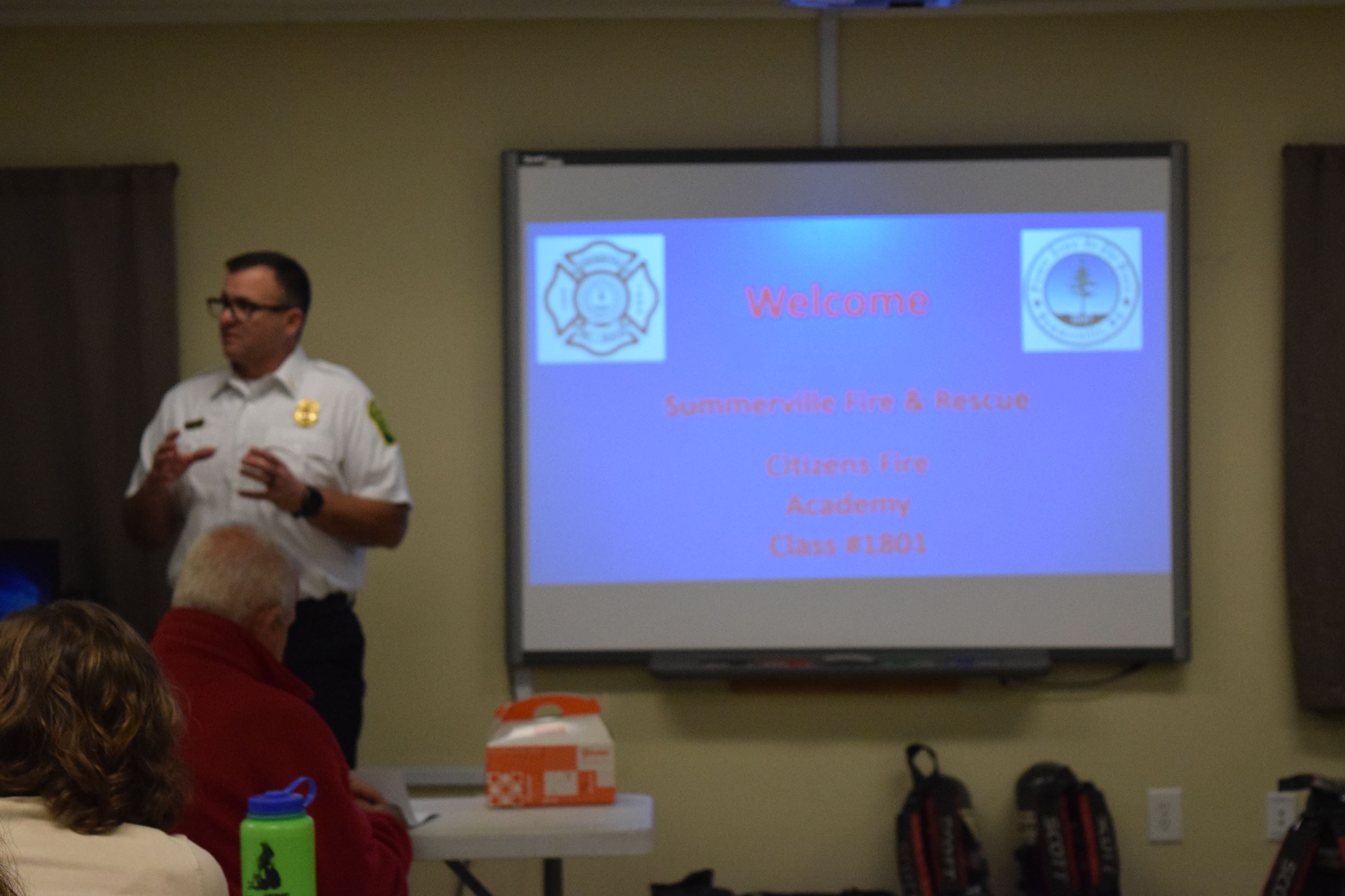 The Citizens Fire Academy is headed by Captain Ben Woods. Captain Woods grew up in the fire service and is a second-generation firefighter. His father was a volunteer firefighter at Edisto Beach Volunteer Fire Department and at a very young age, he would spend his weekends training with his father.

At the age of 17, he followed in his father’s footsteps and became a volunteer himself. In 1998 at the age of 25, he switched gears and went from being a volunteer to a full-time paid firefighter at the Lady’s Island St. Helena Fire District in Beaufort South Carolina.

He and his family moved to Summerville South Carolina in 2005 to be closer to MUSC where his wife was employed and a student. February 13, 2006, Captain Woods was hired by Summerville Fire & Rescue and worked his way up through the ranks. Currently, he is the Captain on Engine 302. He also assists the training division in teaching recruit school when needed.